Shelterpladsen MØNHYTTEN is part of the 'Camønoen' and 'Munkevejen', and offers primitive and free accommodation for hiking and cycling tourists.

The site includes a bonfire hut, 2 shelters with a fire place and barbecue, several tables and benches, water post, renovation, soil toilet and plenty of space for pitching tents. Firewood can be collected for a bonfire in the forest behind the shelters.

ou are welcome to pitch your tent on the site, or to arrange yourself in one of the shelters - no reservation, first come, first served .............!

The site is open all year round 24/7. There will be a certain amount of firewood available at the shelters.

Under no circumstances may you cut down trees, break branches or remove twigs from the windbreaks. Use only the firewood located by the shelters, alternatively you can collect dry firewood in the forest behind the shelters - and only what has been felled / is lying on the ground.

It is also expected

that all visitors to the site clean up after themselves, use the waste containers, and take into account other visitors both in terms of noisy behavior and ball games on the site.

The owners try, as far as possible, to make firewood available the season, which may only be ignited on existing campfire sites.

In June 2021, a bonfire hut was built on the shelter site, which has since been very well visited. 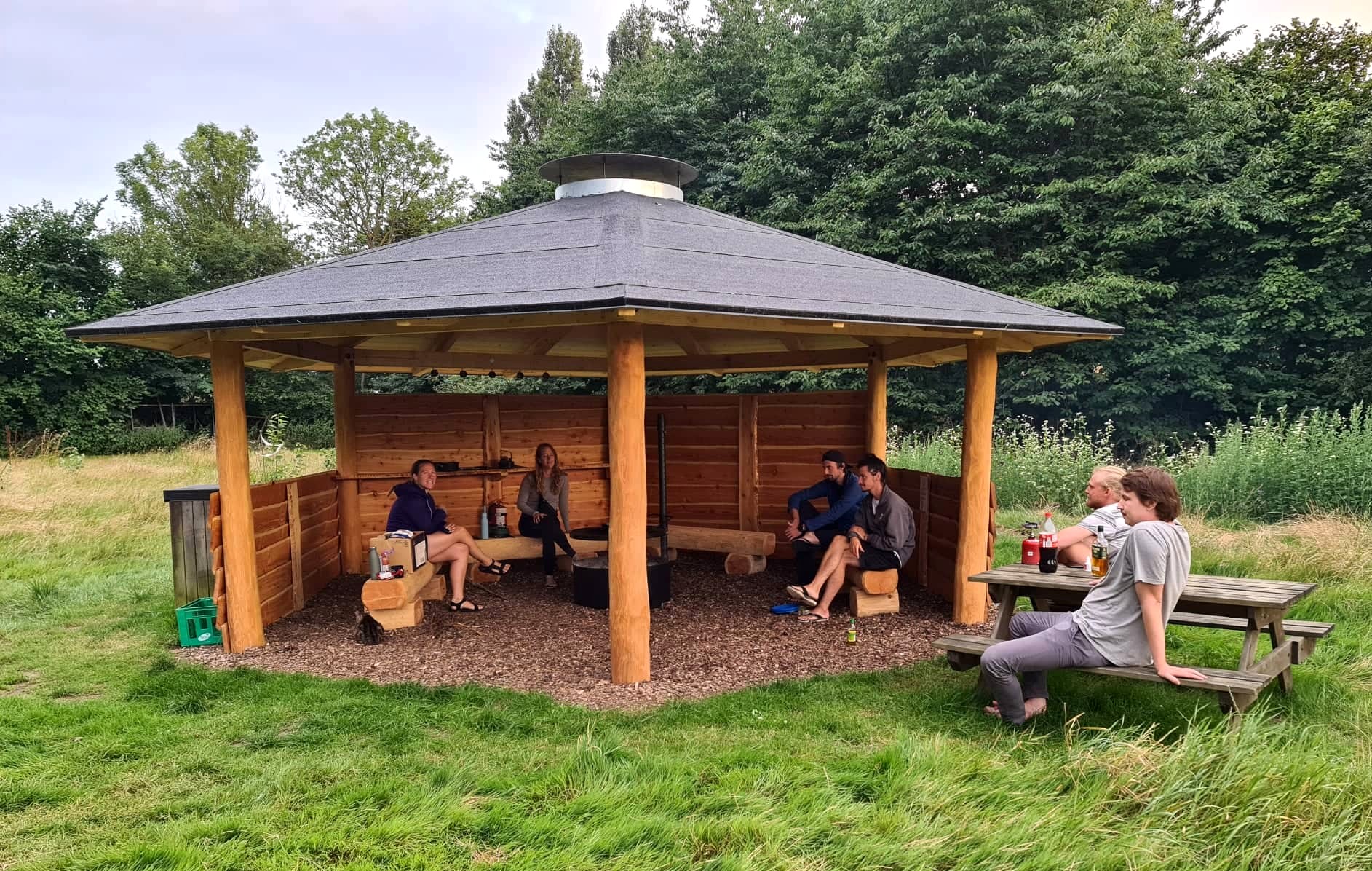 And a little about the trees

At the rest area, you notice a number of apple trees, which are grafted with twelve different apple varieties that have traditionally been found on Møn and South Zealand.

Some of the old apple varieties have almost been completely forgotten and are in danger of disappearing completely - for a single variety, there was only a single tree left!

The youngest varieties date back to the 1920s, while one has to go even further back to the large estates, old teachers' quarters or parsonages to find the origin of the oldest varieties.

Among the twelve varieties that members of Rotary Møn have planted along the 'Camønoen', two are from Møn, namely 'Spejlsby Pigeon Apple' and 'Borre Kærne apple.

The history of the place

The cabin and the land has a long history behind it, as the land in the early days was used by "the old school" (next door) as a sports field for school students. The site was later taken over by 'Stege Søndre Skytte- og Gymnastikforening', which established the long-closed shooting range on the eastern part of the site with a well-equipped shooting shed.

Subsequently, the association built a changing room for ladies and gentlemen in 1953 - the current MØNHYTTE. The older part of Møn's population knows the cabin and the land as the “handball court”, which was home to the successful and well-known 'Tøvelde Handball Club'. In 1997, Sct. Georgs Gildet took over MØNHYTTEN and the land, which from that time have primarily been used by the scout movement for summer and troop camps with typically around 300 scouts from all over Europe.

And finally: Take good care of the cat! 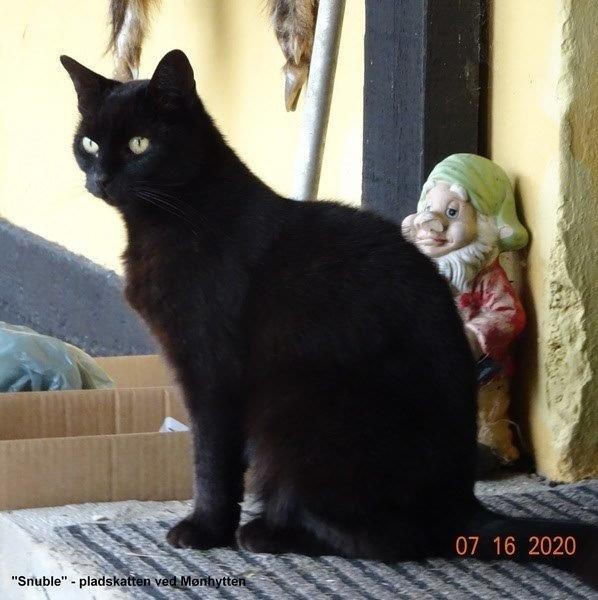